New, high quality materials can often mean new functionality and new physics. In our group we explore these materials using low noise, low temperature transport techniques, which can give us an insight into the mechanisms behind the observable phenomena. Currently there are two materials that we are focused on, iron pnictides and LaAlO3 / SrTiO3 (LAO-STO) interfaces, epitaxially grown materials that we obtain from our collaborators at University of Wisconsin, Madison.

LAO and STO are band insulators, but when more than three monolayers of LAO are grown epitaxially on top of the STO, the interface between these materials is found to be conducting. Phase transitions in low dimensional systems have always been a topic of intense research, and this two-dimensional electron gas (2DEG) has an extremely interesting phase diagram, showing superconductivity below about 100 mK, magnetism and a gate-voltage tuned superconductor-insulator transition (SIT). The mechanisms of the formation of the 2DEG and the reason for the occurrence of these phenomena are open questions. 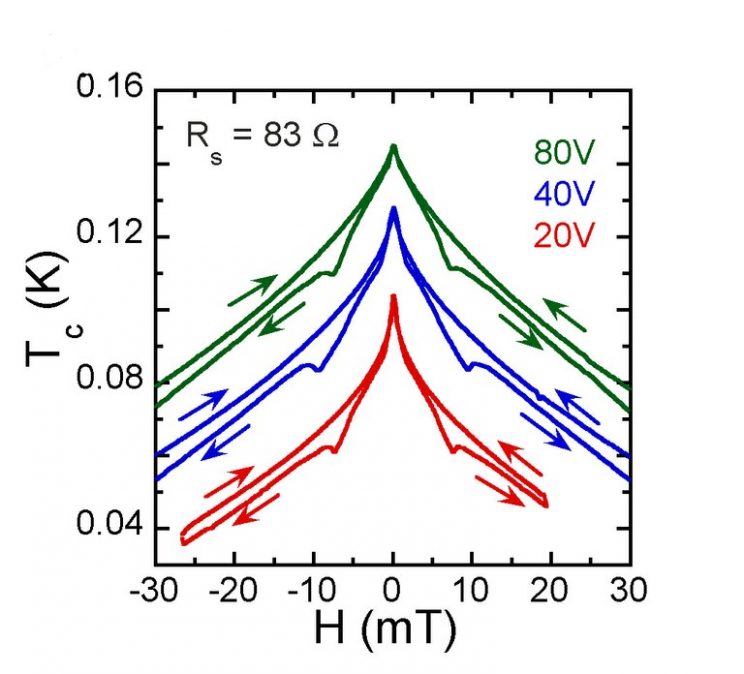 Figure 1: Tc vs H phase diagram of a LAO-STO film. The hysteresis is a signature of the ferromagnetism that coexists with the superconductivity.

We were the first group to demonstrate the coexistence of superconductivity and magnetism in this system, which is exciting because very few materials show such behavior, and the superconductivity is very likely to be exotic. We studied the temperature, magnetic field, and gate dependence of the longitudinal as well as transverse resistance of a sample patterned into a Hall bar. Figure 1 shows the perpendicular magnetic field – temperature phase diagram for three different back gate voltages at which the sample is superconducting. The clear hysteretic behavior is a classic signature of ferromagnetism. 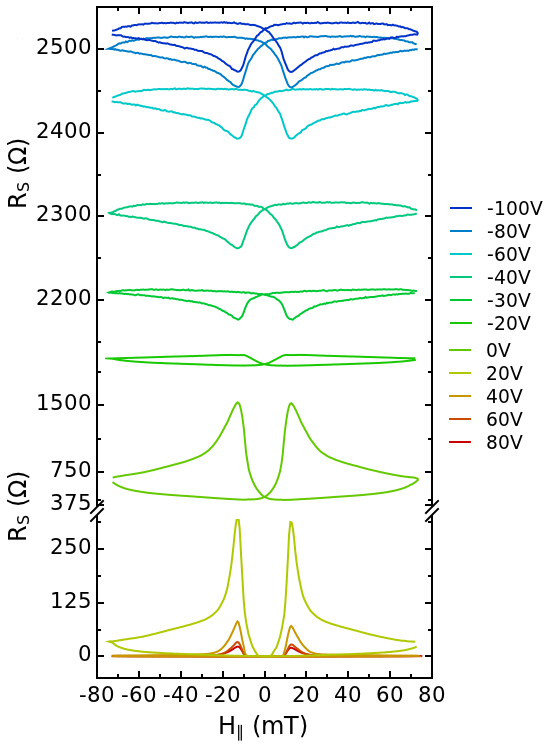 Figure 2: Evolution of the hysteretic magnetoresistance (MR) of a LAO/STO film as a function of gate voltage. Peaks in the MR turn into dips as the back gate voltage is swept, a manifestation of the superconductor-to-insulator transition.

The coexistence of superconductivity and ferromagnetism in this system enables us to demonstrate a fascinating aspect of the SIT in disordered thin films, namely charge vortex duality. In these systems, we have thermally excited vortices in the superfluid even in the absence of a magnetic field. According to the charge-vortex duality model, we have phase coherent, delocalized Cooper pairs on the superconducting side of the transition, with localized vortices, while on the insulating side, the superconducting pairs are localized in islands and the vortices are mobile. The superconducting transition occurs by tuning the ratio between the Josephson coupling energy between islands and the charging energy of the islands, which is what the back gate voltage does. If we apply a parallel magnetic field to the sample and ramp it, the magnetization of the ferromagnet in the system changes direction at its coercive field through domain wall motion. This causes the vortices to move across the sample, which leads to an increase in resistance of the sample on the superconducting side, and an increase in conductance on the insulating side. Figure 2 shows the peaks in magnetoresistance change into dips at the same value of the magnetic field, as the system is tuned through the SIT by the gate voltage.

We are currently exploring the effect of using lithographically defined top gates to provide a very local control over sample properties, which would enable us to study the nature of superconductivity in this system.  We are also attempting to use scanning probe microscopy to investigate both the superconductivity and magnetism on the sub-micron scale.

These are layered materials containing Iron and an element of the pnictide group, typically Arsenic, which were found to be superconducting when doped, in 2008. They are interesting not only because of their relatively high transition temperatures, upto 56K, but also due to the proximity of the superconducting phase of the doped material, to the antiferromagnetic nature of the parent material. The undoped compound is a spin density wave, antiferromagnetic poor metal, and the mechanism of how this phase transitions into the superconducting phase, is not yet clear. 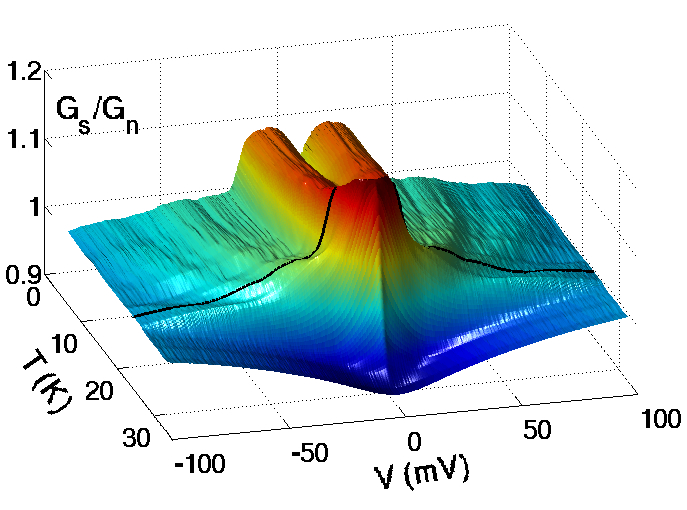 Figure 3: Point contact spectrum of an optimally doped Ba(Fe1-x Cox)2 As2 film as a function of bias and temperature, showing a signal well above the nominal superconducting transition temperature of the film.

We use the method of point contact spectroscopy (PCS) in order to study the excitations in the material as it goes through the transition. PCS involves making a ballistic contact to the material with a probe tip, and injecting carriers into the material. Due to the ballistic nature of the contact, the variation in conductance directly reflects the scattering processes in the material as a function of energy and momentum of the carriers. Figure 3 shows a 3D plot of normalized conductance as a function of bias and temperature for optimally doped Ba(Fe1-x Cox)2 As2 and a silver probe tip. Within the energy gap, conduction between a normal metal and superconductor is enhanced because of Andreev reflection, which occurs due to the conversion of two electrons from the normal metal into a Cooper pair in the superconductor. We can see from the plot that the conductance enhancement persists much above the transition temperature, which is shown by the black line. This points to the existence of superconducting correlations above TC, shedding light on the role of phase incoherent superconducting pairs above TC in the superconducting transition.